From the Head of Veterans' Affairs—Summer 2018 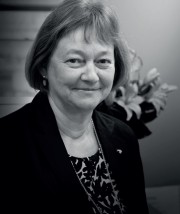 Christmas is always a time when we celebrate the present, show kindness to others and reflect on the year that has been. It’s been a busy year with many activities occurring both within our veteran community and Veterans’ Affairs.

We welcomed home the remains of 34 of our military personnel and one child from Fiji, American Samoa, Singapore, Malaysia, the United Kingdom and the Republic of South Korea. Project Te Auraki—The Return—reunited families with the remains of their loved ones who had been buried abroad since 1 January 1955. We also mourned the passing of the last surviving officer of the 28th Māori Battalion, Alfred ‘Bunty’ Preece, as well as the many other veterans who have passed on, leaving behind families and comrades.

We continued to meet with many of you at our community forums which we expanded this year to include Brisbane and Sydney. It’s always such a pleasure to engage with our many veterans and their families, and it’s a great way to find out what we are doing right and what we might need to improve on. Attending these forums of course remains your choice. We are here regardless and we remain with you for life.

After listening to all your feedback, we refreshed our website and started on our pledge to you to use plain language. You’ll find more news about our website further on in this issue of VA News.

Commemorations are always an important part of acknowledging the service and sacrifices made by those who serve our country — and to remember those who were left behind. I was privileged to attend the Armistice Day ceremonies in Wellington on 11 November, as this brought to a close, the centenary of the First World War. I was reminded of an interesting article about Father Patrick Dore, MC, who served as a chaplain in the First World War. He was badly wounded at Chunuk Bair, where he won a Military Cross (he was also awarded a Mentioned in Despatches), was subsequently evacuated to the United Kingdom and then home to New Zealand.

Following his recuperation, he assumed an advocacy role for returned soldiers. Father Dore gave an address in Foxton at an Anzac Day service, part of which is reproduced below. It shows he was ahead of his time with regard to the resettlement of returned soldiers.

“The returned soldiers should be trained to re-enter civil life. He had been taken from civil life and trained to forget it. He must walk like a soldier. He was perhaps under this regime for three years. He came back here with his nerves shattered and with military routine ground into his soul. He was expected at once to get into a job and assume his pre-war work. It could not be done. Perhaps the secretary of the Patriotic Society found him one job or six jobs, and he could not retain them. He should not be abandoned, but the process must be continued until he adapted himself to conditions that suited him. War does not make wasters. It makes men. It’s the people here in New Zealand who make the wasters. Train them back.”

Veterans’ Affairs remains proud to serve and support New Zealand veterans and their families. At Christmas time we are thinking of you all, especially those serving overseas and away from their loved ones.

Meri Kirihimete ki a koe me te whānau, we wish you and your loved ones a safe and happy Christmas season.